Stay Home and Stay Safe
During the COVID-19 pandemic, Shire Works hopes our dear readers are safely at home obeying the Movement Control Order (MCO) in place in Malaysia. By staying at home you will not only be helping yourself but you will also help to keep our brave frontline workers - such as the doctors, nurses, and healthcare workers in the hospitals as well as the police and army personnel trying to enforce the MCO - all safe from the spread of this virus.


A Quick Word on Shire Works
Shire Works's business model has changed somewhat over these past few years to emphasize the sale of fully painted miniatures and scale model kits as completed by our resident modeller FourEyedMonster at https://foureyed-monster.blogspot.com. Although unpainted miniatures and model kits that require assembly will still be sold at Shire Works, going forward we'll focus on assembling and painting them up before selling them.

In addition over the past few years, we've been and will continue to purchase off-the-shelf miniatures and scale model kit in order to: - assemble and build them up, paint them, weather them, and even sometimes place them in dioramas before putting them up for sale. The prices for such pieces will vary depending on the cost of the miniature and scale model kit, the cost of painting materials and the cost of man hours put in to paint them.

Posted by FourEyedMonster at 10:41 No comments:

A tale of two blogs

Just a quick reminder about the existence of our resident painter's personal blog i.e. foureyed-monster.blogspot.com in which there are work-in-progress postings of both miniature figurines and scale model kits. Do note that some of these works will be for sale, and some not. Any fully painted miniature figurines and scale model kits for sale will be listed on shireworks.blogspot.com, which is the blog you are looking at right now.

Of these two blogs, it's inevitable that the one in foureyed-monster.blogspot.com will be updated more regularly. That being said we will definitely try to update this blog as regularly as we can with fully painted miniature figurines and scale model kits for sale.

Also if there are any fully painted stuff shown in foureyed-monster.blogspot.com that you are interested in buying but isn't listed here for sale - please do contact us at shireworks@gmail.com Our apologies in advance but any sale is solely for collectors in Malaysia only and preferably COD in the Klang Valley or Kuala Lumpur (due to the fragile nature of the fully painted/finished products). Thank you for reading and have a great day!

Posted by FourEyedMonster at 21:30 No comments:

Spidey comes to the big screen again ... watch it, then paint your very own Spider-Man resin figurine

Be sure to catch the latest Spidey movie i.e. Spider-Man: Far From Home which is showing in cinemas throughout Malaysia at the moment.  It's a Marvel movie you can't miss. 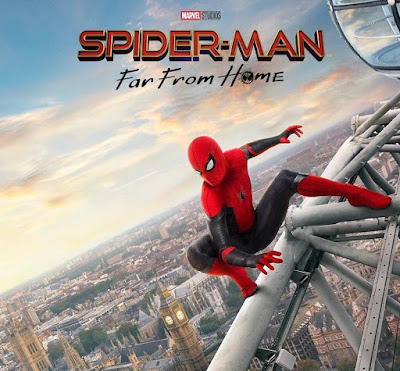 Also be sure to get your own 1/28 scale resin figurine kit from Knight Models paint it. Fortunately, Shire Works still has limited stock available for this Marvel Spider-Man kit. Now it should be noted Knight Models no longer holds the license to produce Marvel miniatures. The product shown here (see photos below) is no longer in production. Once sold out, it can no longer be restocked by us. So get it while you still can. 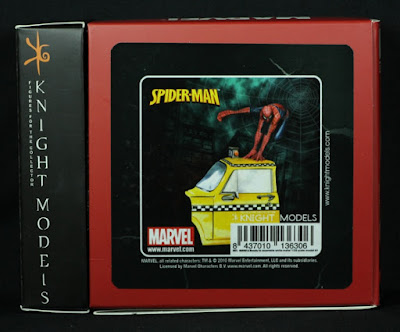 Below is a video of a fully-assembled and painted version as worked on by our resident painter FourEyedMonster who blogs about the miniature figurines and scale model kits that he paints at https://foureyed-monster.blogspot.com


Retailing for RM245 (excluding shipping), the Knight Models Marvel Spider-Man miniature figurine kit is available in Shire Works. Cash-on-Delivery is available for selected locations in the Klang Valley. Note that these are for sale in Malaysia only and if you're interested please do not hesitate to contact us.

Posted by FourEyedMonster at 17:59 No comments:

Eagerly awaited Marvel Studios' Avengers: Endgame will soon be upon us

Scheduled for release in Malaysian theaters on 24 April - two days earlier than the US - this latest Marvel Studios release is going to be the finale for the Avengers movie series. Not counting crossover movies like Ant-Man, Black Panther, Captain America, Dr. Strange, Iron Man, Thor and Guardians of the Galaxy, then the Avengers series is essentially a quadrilogy. Let's hope Avengers: Endgame will do justice to the long running story line that has spanned nearly a decade on the bigscreen. 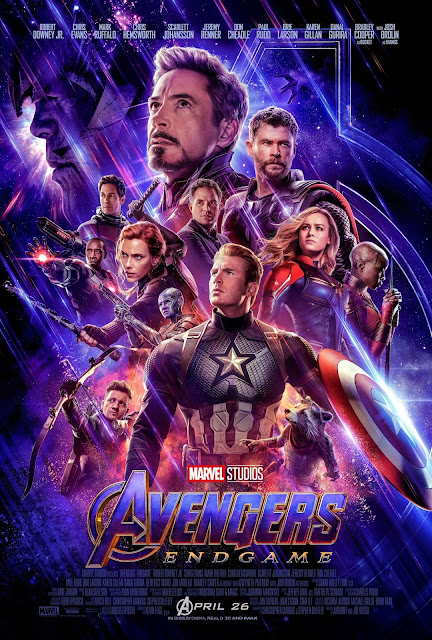 If you are a miniature hobbyist or modeler in Malaysia with an itch to start painting Marvel superhero figurines then you're in luck. Available in the Shire Works online store, exclusively for Malaysian customers, is the old school Marvel Universe 1/28 scale metal figurines by Knight Models. A selection of characters available are Captain America, Iron Man, Spider-Man, Thor, Hulk and Loki (please see pictures below).


For details on how to order please click on the following link => Ordering Details or click on the 'Order' tab above. Please note that these Knight Models figurines comprise either white metal alloy or high quality resin. Moreover, the miniatures are supplied unpainted and will also require assembly. In 1/28 scale, the Knight Models miniatures are made up of individual figurines ranging from 60-mm to 90-mm in actual height when completed.

Posted by FourEyedMonster at 13:08 No comments:

Passing of a legend

It's a sad day indeed for all Marvel fans as Stan Lee, whose creations made him a real-life superhero to comic book lovers everywhere, has died. He was 95. May he rest in peace. Excelsior! 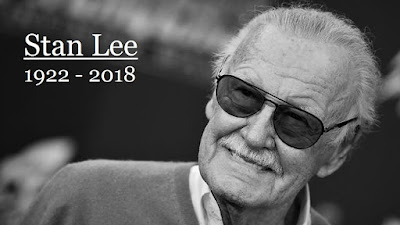 If you are a Marvel fan and a video gamer to boot, you would've probably been caught up in the hoopla of the recent PS4-exclusive release i.e. Marvel Spider-Man by Insomniac Games. Spider-Man is a firm favorite for many superhero comic book fans so his return to the interactive world of video games is undoubtedly a highly anticipated one. And by and large so far, the game has received favorable reviews from a myriad of critics. This certainly bodes well for digital Spidey and his fans.

But digital isn't the only way you can enjoy Spider-Man. You can bring him to life yourself by painting up the Knight Models miniature figurine kit version. Fortunately, Shire Works still has limited stock available for this Marvel Spider-Man kit. It should be noted Knight Models no longer holds the license to produce Marvel miniatures. The product shown here (see below) is no longer in production. Once sold out, it can no longer be restocked by us.


Because this is a miniature figurine kit, it requires assembly and paint. Parts are mainly made out of metal e.g. Spider-Man himself as well as the taxicab side windows, roof signage and door handles. The only part that is non-metal is the taxicab itself which is made from resin and doubles as a base on which the Spider-Man figurine rests.


Below are photographs of the Knight Models Spider-Man figurine after the assembled resin/metal figurine kit was painted by our resident miniature painter. As you can see, for the kit to fully realize its potential it needs to be assembled and then painted.


Knight Models Marvel Spider-Man miniature figurine kit retails for RM245 in Shire Works excluding shipping. Cash-on-Delivery is available for selected locations in the Klang Valley. These are for sale in Malaysia only and if you're interested please do fill up the contact form on the right. That's all for now from us at Shire Works. Have yourself a great day!

Posted by FourEyedMonster at 13:27 No comments:

All fully painted Star Wars model kits offered by Shire Works thus far has been vehicles until now. Presented here is the fully painted Bandai 1/12 scale C-3PO as completed by Shire Work's resident painter. A fair bit of thought and effort is required to get the kit to closely resemble Threepio in the movies. Even then, there are many variations be it the Tatooine sand-weathered or bright and shiny final scene look in A New Hope; the slightly weathered/semi-gloss look in Empire Strikes Back; or even the damaged one eye-out-of-socket look in Return of the Jedi. Shown here is the Empire Strikes Back version.


Originally, the model kit came in glossy, plasticky gold parts. However the kit has been worked on to changed Threepio's overall look into one that is predominantly semi-gloss (or satin) with moderate to minimal weathering in parts. Comprising effects such as panel lining, light battle damage and oil leaks, weathering was done carefully to prevent any of the said effects from overwhelming the semi-gloss gold look on Threepio.


There is more than meets the eye to C-3PO at first glance. For example, all the innards in C-3PO's midriff have been repainted by hand. And if Threepio's back panel is removed, his instrumentation panel will be revealed. Fun fact: this exposed instrumentation panel with its gold, silver, red and white doohickeys was first seen in Empire Strikes Back.


As an Empire Strikes Back version, Threepio armor is neither too shiny nor too dull as how the protocol droid looked in the rebel base on Hoth in Empire Strikes Back. Weathering was deliberately dialed down so that Threepio retained an almost-new-but-not-quite shine to his gold plated armor.


Fully painted to resemble Threepio as he was in Star Wars: Empire Strikes Back, this Bandai 1/12 scale kit retails for RM539 inclusive of shipping which will be on a cash-on-delivery basis to selected public malls in Kuala Lumpur and Petaling Jaya. For interested parties, please email us at shireworks@gmail.com for more info on the purchasing process.

If you follow the fully painted works of Shire Works you would know by now that we frequently use existing figure model kits as proxies for their more famous alter egos. Our latest one involves the Nocturna Models Crusader 54 mm resin figure kit from their Heroes and Legends series. Here he is used to represent a character from the Game of Thrones fantasy universe namely Bronn the Sellsword.


Detailed freehand painting of the House Lannister heraldry/sigil is the clearest indication that this miniature has been painted as a proxy for a character from the Game of Thrones fantasy universe. It helps that this figurine has facial features that closely approximate those of the intended character i.e. Bronn the Sellsword.


Bronn's overall colour scheme was inspired by the character's appearance in Season 7 of the Game of Thrones television series. Painted, of course, using some creative license.


Coming in at 54 mm scale, this figurine is larger than your average tabletop gaming miniature. Shown below is the size of the figurine in comparison to a paperclip and a five sen coin.


Below is a video of the fully painted 54 mm Nocturna Models The Crusader resin figurine showing a complete 360 degree view.


This project shows that you don't always have to paint the miniature as how it was intended. Your imagination is the limit and you should always paint figurines based on what inspires you most. Most importantly have fun with the hobby and enjoy what you do.

Posted by FourEyedMonster at 23:00 2 comments: